Hyun Bin and Daniel Henney reunited after 17 years since “Kim Sam Soon,” the drama which recorded a rating of 50%

Actors Hyun Bin and Daniel Henney collaborate again after a long time since the popular drama “My Name is Kim Sam-soon.”

On August 16th, a production briefing session for the movie “Cooperation 2: International” was held at the Conrad Seoul Hotel in Yeongdeungpo-gu, Seoul. 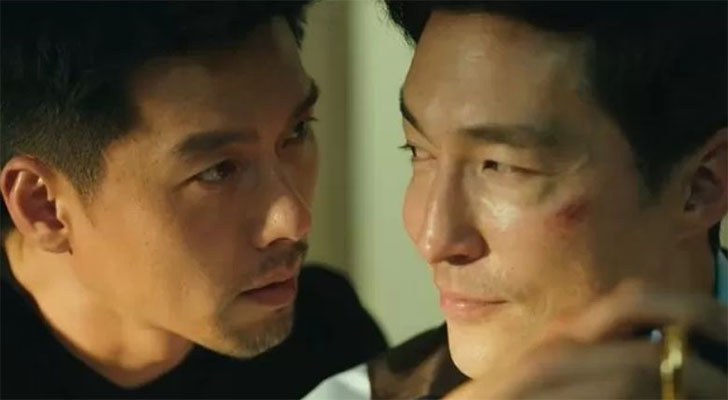 Hyun Bin and Daniel Henney have appeared together in MBC’s “My Name is Kim Sam-soon,” a legendary work of the romantic comedy drama industry that aired in 2005 and set a phenomenal rating record of 50.2%.

In “My Name is Kim Sam-soon,” Hyun Bin played Hyun Jin-heon and got into a love line with the heroine Kim Sam-soon (played by Kim Sun-ah).

Daniel Henney said of Hyun Bin, “As we met again after ‘My Name is Kim Sam-soon’, we felt comfortable with each other right from the beginning.”

“We met again after 17 years. I think we are able to appear in the same work again because we have been doing well in our respective positions,” Hyun Bin said. “It was so nice to meet him on the set. I was really looking forward to working with him and it was a really good experience,” he said.

When asked about his happiest moment while filming “Collaboration 2: International,” Daniel Henney said, “There is a nightclub scene in the movie, and after the filming, I talked a lot about the past while drinking beer at the hotel with Hyun Bin. Personally, it was a very happy moment for me.”

This movie is a follow-up to the movie “Cooperation,” which was released in 2017 and attracted about 7.81 million viewers to the cinema.