‘Crash Landing on You’ vs ‘The Negotiation’: Comparing Son Ye Jin and Hyun Bin’s sizzling chemistry

Let’s take a look at the chemistry shared by Son Ye Jin and Hyun Bin that blossomed over the years. 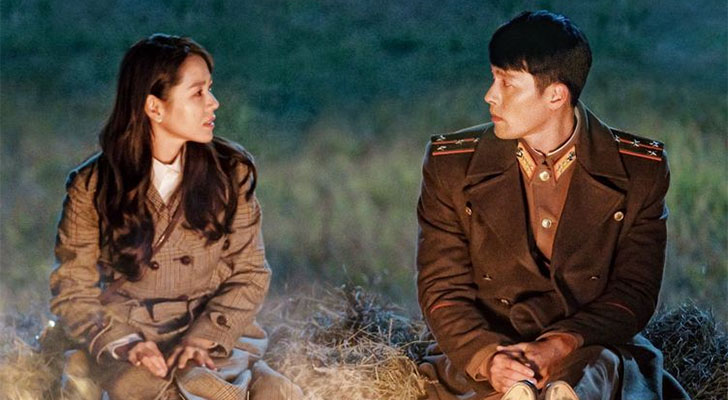 As the ‘IT’ couple of the K-Drama world confirmed their wedding plans, we thought of comparing Son Ye Jin and Hyun Bin’s characters in the crime thriller film ‘The Negotiation’ as well as the popular tvN drama ‘Crash Landing on You’. Let’s see how their chemistry blossomed over the years. ‘The Negotiation’ is about Ha Chae Yoon (Son Ye Jin), a crisis negotiator for the Seoul Metropolitan Police Agency. She carries herself with a calm and cool-headed attitude. Min Tae Gu (Hyun Bin) is a weapons smuggler for an international crime organisation. He stages a terrifying hostage situation and Ha Chae Yoon only has 12 hours to save the hostages.

‘Crash Landing on You’ is about Yoon Se Ri (Son Ye Jin), an heiress to a conglomerate in South Korea. One day, while paragliding, an accident caused by strong winds leads Yoon Se Ri to make an emergency landing in North Korea. There, she meets Ri Jeong Hyeok (Hyun Bin), who is a North Korean army officer. He tries to protect her and hide her. Soon, Ri Jeong Hyeok falls in love with Yoon Se Ri.

In the 2018 film, Son Ye Jin and Hyun Bin begin the interaction on the wrong foot, with Hyun Bin being the wisecrack kidnapper with a strange plan in mind and Son Ye Jin being the no nonsense person who takes her job very seriously. She doesn’t fall for any of his tricks, making it difficult for him to hide his true intentions. Throughout the film, they don’t meet in person til the very end but the screen also cannot contain the fiery chemistry these two shared.

In the 2020 drama, Son Ye Jin and Hyun Bin reunite in the romance military drama ‘Crash Landing on You’ as two people who were separated by the Korean Demilitarized Zone but through a mishap, she ends up in the arms of the North Korean Army Officer, Hyun Bin. Their chemistry sizzled from the beginning with Son Ye Jin being a confident and funny heiress and Hyun Bin being the smart, calculative and indifferent officer. The slow burn yet fast-paced romance becomes the talk of the town. The drama has pulled in a lot of fans- international and Korean fans alike.

Even with such poles apart personalities in the two different movies and drama, one thing shone through and through- their chemistry!