On the afternoon of Sep 1st, Hyun Bin met reporters and talked about the movie “Confidential Assignment 2: International” through a video interview.

When asked about his character’s charms, Hyun Bin replied, “First of all, what this movie can show is Cheol-ryung’s dedication to the investigation and the things that he solves. Of course, his revengeful spirit for his wife also played a role in the first part, but I think Cheol-ryung’s biggest charm is that he keeps going until the end if he has a goal.” Regarding the difference from “Confidential Assignment”, he explained, “The difference is that if it was revenge on his wife in the first part, I think all the parts such as experience would have made Cheol-ryung more relaxed this time. It seems that I tried to express those points.”

Regarding the reason why he decided to appear in the second part, he said, “‘Confidential Assignment’ received a lot of love. The first thing I said when I heard that the second part would be produced was that I would participate if the actors who appeared in the first part came out. Other actors seem to have felt the same way. From then on, it seems to have progressed without any problems.”

About his satisfaction after “Confidential Assignment 2: International” was released, Hyun Bin confessed, “I think there are more regrets than satisfaction. After seeing the results, I feel even more so. This time, there are also regrets over action scenes. However, I said I’d do my best at that time, so I think the only way is to reduce my current regrets in the next project.”

He worked with Daniel Henney for the first time in 17 years since “My Lovely Sam Soon”. Regarding his reunion with Daniel Henney, Hyun Bin said, “I met Daniel Henney again after 17 years. Strangely, despite the absence of exchanges for a long time, it felt like we were going back to 2005 in a short time. So it was comfortable and fun on set.” Regarding the collaboration with the villain Jin Seon-kyu, who first appeared in the second part, he shared, “Jin Seon-kyu appears as a villain in our movie. But he’s a warm and kind person. It was interesting and fun to see from the side his process of creating a villain that contrasts with his personality. He seems to have worked hard until the end.”

When asked how he felt about reuniting with Yoo Hae-jin and Im Yoon-ah, who worked together again with him in the second part following the first part, he gave a glimpse of his affection, “There was a comfortable welcome. It was very comfortable. So it was much easier to shoot with what came from that comfort, and we were able to share our thoughts comfortably. I think such things would have melted into the screen. In Yoon-ah’s case, she seems to have tried to upgrade herself in the second part. I think she’s a very clever actress. She constantly blames herself and ponders. For that point, I think she’s an actress I want to look forward to for a long time.”

In an earlier interview, Yoo Hae-jin said that he felt the calmness from Hyun Bin over the years. In response, Hyun Bin said modestly, “Personally, in my head, I feel like I’m just running forward, but I’m trying to look around a little compared to the past. I think Yoo Hae-jin caught those things. There’s a point where I want to approach everything with ease rather than being impatient on my own, and I think he might have seen that point.”

When asked about the merits of working with the same actors in the second part following the first part, Hyun Bin answered, “When you first act, it takes time to adjust because you don’t know how your co-stars act. That’s what I did in ‘Confidential Assignment’. I think every part is an advantage in that regard because now I know how to act with other actors.”

“Confidential Assignment 2: International” will be released on the Chuseok occasion. It is also noteworthy that there is no remarkable competitor. Regarding this, Hyun Bin replied cautiously, “When I heard that the movie was being released on Chuseok, I asked if it was a good thing. I thought it’d be better to have multiple options. Director Yoon Je-kyun and those who have worked in the film industry for a long time aren’t willing to talk about it because it’s the first time their work is screened (at theaters) without a competitor on holidays. Whether it will act as a burden or an opportunity will only be known when the result comes out.”

In addition, regarding the big change in the film industry due to COVID-19, Hyun Bin said, “Whenever I thought COVID-19 was calming down, it broke out again, so I can’t help but worry about the number of viewers. Still, I think we’re more flexible in accepting COVID-19 than before, so I hope it acts as a positive factor. I’m most looking forward to the end of COVID-19. After that, there’ll be more audiences, and if that happens, it’ll become a virtuous circle in which investments are made to make various films.” 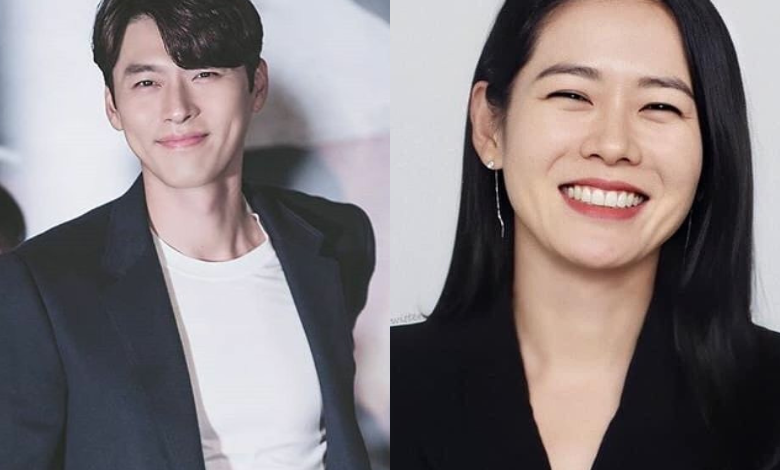 Hyun Bin, who got married to Son Ye-jin in March and announced his wife’s pregnancy in June, shared his thoughts, “It hasn’t really sunk in yet. Usually, when I ask people around me, they say that it feels real only when you see it in front of your eyes. Maybe I’m like that, too. I’m waiting with happy feelings since it’s such a big blessing.”

Im Cheol-ryung, the elite North Korean detective played by Hyun Bin, comes down to South Korea on a new mission and leads the unpredictable triangular cooperation investigation with Jin-tae and Jack.